The World Without India – what would it look like?

Fun Facts about why India is great

What would the world look like without India? Why India is great? Facts about India that will give you a new perspective on Indian culture.

Can you imagine how many wonders we would be missing? Here’s a quick look at some of the amazing things Indian culture has brought us in facts and history.

Have you ever thought about what the Industrial Revolution, Pokémon, and the Kardashians have in common? Without them, our world would be a much different place. But have you ever thought about how the world would look like without India? From breathtaking landscapes to rich culture and traditions, from mouth-watering cuisine to stunning architecture, India has it all.

Can you imagine missing one sixth of the world population? With over 1.3 billion, India makes up 17% of the world population, is the biggest democracy in the world and it also has the third largest economy. But the population of Bharata, the Hindi name for India, is not only large, but also extremely diverse. There’s no country more diverse than India – culturally, religiously and intellectually.

Do you fancy cakes and cookies? You’ll also have to thank India for your cavities and diabetes, as it was the first country to develop extraction and purifying techniques of sugar, back in 350 AD. And ever since, they have been adding it to their cooking and desserts in ginormous quantities. 20 kilograms per capita more precisely!

But even if they do have a sweet tooth, Indian men know that sweets are not how you win a woman’s heart: diamonds are! So, guys, if you want to blame someone for having to spend thousands on an engagement ring, Indians are the ones – they were the first to mine those expensive rocks that make your girlfriends happy!

And Indians’ passion for splendor doesn’t stop at shiny jewelry: their cities are engulfed by people – ok, more than usual – during festivals such as Holi, Diwali, Navratri and Onam, which are known for being big and extremely colorful. In fact, the Holi Festival inspired the famous Color Run. And that’s not the only thing Westerners borrowed from Indians.

“We are what we think” said Buddha. Probably one of the reasons why India is such a diverse country is because of the multitude of religious beliefs, traditions and practices. The Indian subcontinent is the birthplace of four of the world’s major religions: Hinduism, Buddhism, Jainism and Sikhism. But considering the very idea of religion was born there, that is to be expected.

Do you sometimes miss your Pentium computer? You might not be alone! Up until 2009, 90% of world’s computers run on a Pentium chip, which was developed by the Indian engineer, entrepreneur and venture capitalist, Vinod Dham.

But a laptop without Wi-Fi is like football without beer. Well, guess what? The Father of wireless communication was also an Indian – Sir Jagadish Chandra Bose’s contributions to the field of radio and microwave optics gained him the title of father of radio science by the IEEE. So basically, we owe our most prized possession, our Wireless Internet, to Indians.

When it comes to war… Wait, what war? India has never invaded or attacked another country in the last 10000 years! However, they are world’s largest importer of arms, so better safe than sorry. They’ll bike to your country with a rocket if they have to!

Don’t be too fast in thinking that India is the perfect country to live in though. Mawsynram, a village on the Khasi Hills, Meghalaya, is officially the wettest inhabited place in the world. But Indians don’t seem to whine as much as others do, on the contrary, it seems like they really like wet places. So much so that they even have a floating post office!

Sailing to closer waters, like the ones in your shower, did you know that Indians also invented shampooing? The word shampoo comes from the Sanskrit champu, which means “massage”. And they’ve been massaging with herbs for thousands of years. So next time you’re in the shower, you can also dedicate a song to Indians!

How about we talk about what really matters: entertainment! Without Freddie Mercury and Ben Kingsley, the world of entertainment would not be the same. Queen’s lead vocalist was born a Parsi with the name Farrokh Bulsara, while the famous Oscar winning Hollywood star, Ben Kingsley, was born as Krishna Pandit Bhanji.

We could spend another 3500 years talking about how great India is, but unfortunately our time is almost up now. However, we saved the best for last: finance. Last year, the Goods and Services Tax was introduced in India. This is the first step towards dramatically reshaping the country’s 2 trillion-dollar economy and lifting the burden that up until now fell on both companies and consumers. 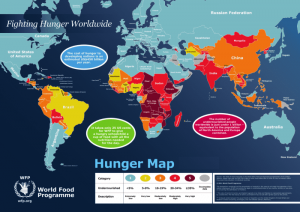