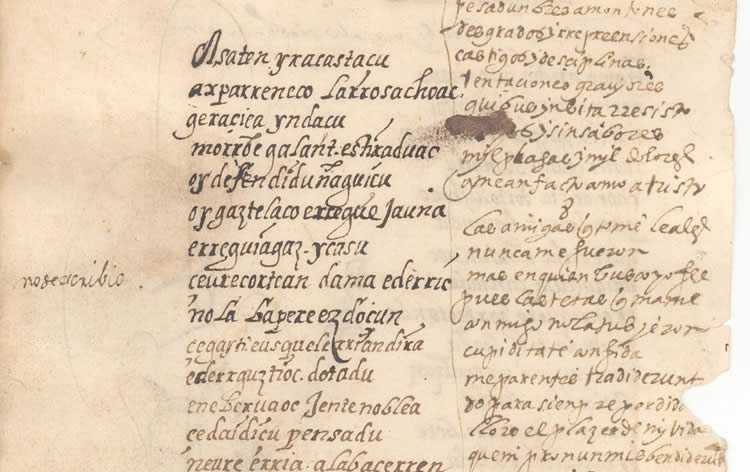 Once upon a time, before civilizations were formed, kingdoms were established, and before the norms of society were created, humans used to communicate using hand gestures and primitive oral sounds. The concept of languages emerged about 10,000 years ago and it changed the course of humanity. It is the use of languages that led to the development of human race and took us where we are today. Though the origin of the first-ever language is highly debated throughout the world, certain ancient scriptures and cave carvings reveal some of the oldest languages in the world.

Spoken by 78 million people and official language in Sri Lanka and Singapore, Tamil is the oldest language in the world. It is the only ancient language that has survived all the way to the modern world. Part of the Dravidian family, which comprises of some native southern and eastern Indian languages, Tamil is the most widely spoken language in the state of Tamil Nadu and is also one of the official languages of India. Inscriptions dating back to the 3rd century B.C have been found in Tamil.

Unlike Tamil, which is still a widely spoken language, Sanskrit is the oldest language in the world but fell out of common usage around 600 B.C. It is now a liturgical language – the holy languages found in the scriptures of Hinduism, Buddhism and Jainism. The first written record of Sanskrit can be found in Rigveda, a collection of Vedic Sanskrit hymns, which was written in somewhere around 2nd millennium B.C. According to studies, Sanskrit forms the base for many European languages and is still one of India’s official languages.

Egypt is considered to be one of the oldest civilizations in the world, and Egyptian Coptic is the oldest indigenous language of Egypt. Written records of its usage date back to 3400 BC, making it an ancient language. Coptic was the most widely spoken language in Egypt till the late 17th century AD until it was replaced by Egyptian Arabic, post-Muslim invasion. Coptic is still used as the liturgical language at the Coptic Church in Egypt. Only a handful of people fluently speak the language today.

Hebrew lost common usage around 400 CE and is now preserved as a liturgical language for Jews across the world. With the rise of Zionism in the 19th and 20th century, Hebrew underwent a revival age and became the official language of Israel. Though the Modern Hebrew differs from the Biblical version, native speakers of the language can completely comprehend what is written in the ancient texts. Modern Hebrew in many ways is influenced by other Jewish languages.

Greek is the official language of Greece and Cyprus and was first spoken in Greece and Asia Minor, which is now a part of Turkey. Greek has an uninterrupted history of being used as a written language for over 3,000 years, which is longer than any other Indo-European languages spoken today. This history is divided into three stages, Ancient Greek, Medieval Greek, and Modern Greek. Over 15 million people, mostly residing in Greece and Cyprus, speak Greek today. Countries like the United States and Australia also have large Greek-speaking communities.

Basque is spoken natively by a small population of people residing in Spain and France. However, it is completely unrelated to French and Spanish, or any other languages in the world. Linguists have contemplated for centuries about the roots of this mysterious language, but none of the theories has been able to hold water. One thing that’s clear is that Basque existed in Europe way before the arrival of Romance languages and has survived through ages in tiny nook and corners of the area.

Lithuanian forms a part of the group of the Indo-European language, which gave birth to various modern languages like German, Italian and English. Lithuanian is closely related to Sanskrit, Latin and Ancient Greek, and has retained the sounds and grammar rules from the ancient era in a far better way than any of its linguistic cousins. It is thus considered amongst one of the oldest languages in the world. Today, Lithuanian serves as the official language of the Republic of Lithuania and is also one of the official languages of the European Union. It is protected by special institutions and linguistic laws.

Farsi is the common language spoken in modern day Iran, Afghanistan and Tajikistan. Farsi is the direct descendant of Old Persian language, which was the official language of the Persian Empire. Modern Persian emerged around 800 CE, and it has changed sparsely since then. Speakers of Persian language could pick up a piece of writing from 900 CE and read it with comparatively less difficulty than an English speaker could read the English texts from the times of Shakespeare for instance.

Irish Gaelic, Gaelic, Erse, or Irish has 2,76,000 speakers around the world. Irish Gaelic has Celtic origins from the Bronze Age. However, the literary tradition can be traced back to the 6th century AD. The Irish language is related to Manx, Scottish Gaelic, Welsh, Cornish and Breton languages. Oldest inscriptions of the language can be seen in Ogham stones of the 5th and 6th century AD.

Icelandic, the national language of Iceland, is spoken by 3,30,000 people. Icelandic in also spoken in some parts of Denmark, USA and Canada. Icelandic is a North Germanic Language. The language had been developed from Norse which was brought by the settlers of Norway in the 9th and 10th century. The written scripts of Icelandic are quite similar to Old Norse and can be traced back in the works of Ari the Learned (1068-1148).

Chinese is spoken by about 1.2 billion people in the world. Chinese belongs to the Sino-Tibetan group of languages. The language has many complex dialects. The Chinese characters are about 3000 years ago. The hieroglyphs can be traced back to the Shang Dynasty of 16th – 11th century BC. However, the written script was simplified just recently in 1956 for the ease of understanding.

Arabic is the language of the Quran, therefore it is a sacred language. Arabic is spoken by about 260 million people. Arabic has many dialects and is the origin of languages like Urdu and Malay. Some English words like sugar, algebra, alcohol and emir have Arabic origins.

Thousands of languages came into existence ever since the creation of the first-ever language. Many languages among them are lost in time and are now only found in legends; having survived through ages and are still used in different parts of the world. These are nothing but a testament to the human spirit and the fact that some things never die.